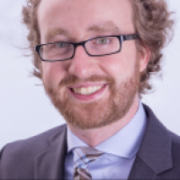 Publications:
Brown-Steiner, B., Hess, P.G., Chen, J. and Donaghy, K. Black Carbon Emissions from Trucks and Trains in the Midwestern and Northeastern United States from 1977 - 2007, Manuscript Submitted to Atmospheric Environment.

Brown-Steiner, B., Chen, J., and Donaghy, K., (2015). The Evolution of Freight Movement and Associated Non-Point Source Emissions in the Midwest-Northeast Transportation Corridor of the United States, 1977 – 2007. In: The Region and Trade: New Analytical Directions. Batabyal, P.A. and Nijkamp, P. (eds).

Brown-Steiner, B., P. Hess, M.Y. Lin. (2015), On the capabilities and limitations of GCCM simulations of summertime regional air quality: A diagnostic analysis of ozone and temperature simulations in the US using CESM CAM-Chem. Atmospheric Environment, 101, 134-148.

Biography:
Dr. Benjamin Brown-Steiner was a Postdoctoral Associate at the MIT Joint Program on the Science and Policy of Global Change and the Department of Earth, Atmospheric, and Planetary Sciences circa 2016-2017. His research focused on uncertainty analysis, model development and implementation of a three-dimensional atmospheric chemistry model in the MIT Integrated Global System Model (IGSM). Prior to MIT he worked on climate-chemistry simulations examining various impacts on surface air chemistry in the Eastern US as well as diagnostic analysis of the capabilities and limitations of the Community Earth System Model (CESM) with Chemistry. He is also interested in science communication with non-scientists and has regularly volunteered in his community as a science writer and communicator.