A common strategy to reduce greenhouse gas emissions associated with climate change is to shift electric power production away from reliance on carbon-intensive fossil fuels and toward adoption of emissions-free, renewable energy resources such as wind and solar. But how much electric power can be reliably produced from the wind and the sun will depend, in part, on the climate itself. Higher local temperatures and changes in large-scale climate oscillations such as El Niño could alter wind speeds and cloud cover, potentially impacting the output of wind turbines and photovoltaic cells for years to come.

Accurate, long-term estimates of the climate’s impact on wind speed and cloudiness will become increasingly important for renewable energy infrastructure planning as nations and regions strive to meet international and local emissions reduction targets. The need for such data is nowhere greater than in South Africa, which relies on coal for about 77 percent of its primary energy needs, yet aims—partly through deployment of clean energy technologies—to reduce greenhouse gas emissions by 42 percent by 2025 compared to a business-as-usual scenario.

In a study published in Applied Energy in a special section on energy in Africa, researchers at the MIT Joint Program on the Science and Policy of Global Change produced the world’s first assessment of climate change impacts on wind and solar power generation in southern Africa. Running hundreds of simulations to model the region’s climate under two greenhouse gas emissions scenarios—one with unconstrained emissions and the other targeting an approximately 50 percent reduction from current emissions levels—they determined that overall, local wind and solar capacity will likely remain unchanged by 2050.

However, a marginal number of simulations under each scenario indicated a slight chance of capacity reductions of up to 25 percent. Models used in the study show that long-term emissions cutbacks could considerably lower this risk to the renewable energy supply.

“I believe our most significant finding is that greenhouse gas mitigation reduces the chance that there will be a substantial change in wind or solar resource potential,” says Charles Fant, lead author of the MIT Joint Program study and a former postdoctoral fellow in the MIT Department of Earth, Atmospheric and Planetary Sciences. “Greenhouse gas mitigation is the choice we have to make soon, while we can choose to build wind or solar plants in southern Africa later.”

To obtain their results, Fant and his collaborators employed a suite of climate models used by the Intergovernmental Panel on Climate Change to build a statistical model of the relationship between global temperature and local wind speed and solar radiation. They then determined the effect of rising global temperature on these variables using previous results from a Joint Program project that analyzed a range of greenhouse gas stabilization scenarios.

While estimating little long-term change in region-wide solar radiation and wind conditions, the MIT researchers did project slightly lower wind speeds during June, July and August along South Africa’s southern coastline. This finding could impact wind farm planning, as this is the season in which wind speeds are lowest and electric power demand is highest.

“We need to find cheap and effective options that can provide power to the country’s growing demands,” says Fant. “Risk-based, energy expansion planning in Africa is paramount to its development path.”

The study was funded by United Nations University– World Institute for Development Economic Research (UNU-WIDER) and the MIT Joint Program on the Science and Policy of Global Change through a consortium of industrial sponsors and federal grants. 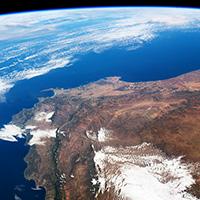